My dog has flown in the airplane holds many times and is totally fine with it. In fact, he likes arriving new exciting destinations and sniffing them out. There are many things you can do to prepare your dog for the flight in the hold. 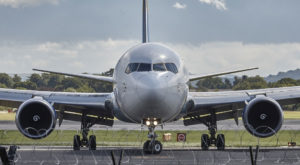 Is Flying a Horrible Experience for a Dog?

Many people we meet seem to think that flying is a horrible experience for a dog, that the poor dogs sit alone and scared in the dark and noisy luggage-hold of the airplanes. 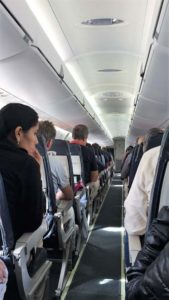 The fact is that many dogs fly ever day. Many fly to other continent, spending many hours separated from their owners in travel-boxes in the hold of airplanes. The areas of the airplane hold where dogs are kept is light and has the same temperature and air-pressure as the cabin where the people are.

If you and your dog has a connection and the first flight becomes delayed so that you are forced to stay over-night in the connection-city, the dog is kept at the airport in a designated area for dogs. The staff will take your dog out of the box, walk him or her and fed him or her.

Flying is Not Bad for My Dog… 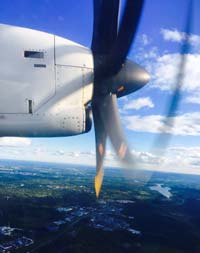 Although I can’t speak for all dogs, this has certainly not been the case for my dog Pompe. I can say this with confidence, because I have seen him really scared. Let me explain why I’m so certain.

He barks more than I want him to, and I wanted to put an end to that. After all, most people don’t like barking dogs, so if he barks a lot he won’t be able to come with me to as many places as he otherwise would have.

So, when he was old enough, I bought him a collar that gives off ultra-sounds every time he barks. Apparently, dogs don’t like ultra-sounds, even if it’s not painful or hurts them. I set the ultra-sound dial at minimum strength and tried it on him. Poor Pompe was terrified, absolutely horrified by the ultra-sound signals! He insisted in sitting in my lap with his tail between his legs, head low and all his usual energy blown away within a few seconds of wearing the ultra-sound collar. Poor Pompe stayed in this beaten-down state for a few hours after I had removed the torturous collar.

Nowadays, all I need to do is to pull the collar out of the drawer and show it to him, just seeing it immediately stops my dog from barking, dampers his excitement and makes his ears go backwards.

So, I know very well what my dog looks like when he’s scared, and he has none of those symptoms when we fly. He doesn’t even have a hint of those symptoms. In fact, he quite likes airports with all the excitement and all the different people and smells that are there.

But sure, if he had a choice, he would rather not go into his travel-box. As always, he’s a bit of a mama’s-boy, a little whiny when separated from me because that only happens on rare occasions. We usually spend all time together.

When we re-join in the airport of the new country, he is happy to see me. But he is always happy to see me, even if I have just been to a restaurant-bathroom for 7 minutes.

…and if it Was, My Dog Would Get Used to it 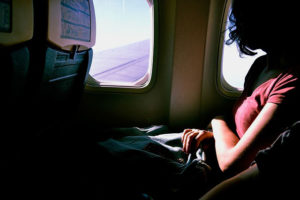 The way I look at it, flying for the first time was a scary thing for nearly everyone, right? The turbulence, the noise, the popping of ears, that is not pleasant stuff. These reactions have got to be normal, because the sky is not a natural place for neither dogs or humans. 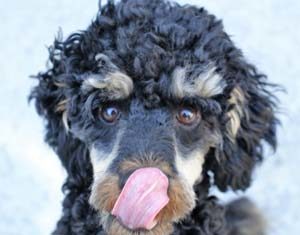 My name is Pompe, I am a very happy mid-sized Poodle who is still young and playful. I enjoy traveling and sniffing the world with my mama. On the about page you can read more about me.